Are you an insatiable reader of manga, manhwa, webcomics, graphic novels and comic books? Then, check out Webtoons.com ! Download the free Line Webtoon app to read on your mobile.

Line Webtoon launches new episode daily. The webcomic series run on a weekly basis and have seasons with breaks between them, just like anime and TV series. Successful Webtoons that you might know include: The Gamer, Siren’s Lament, Unordinary, I Love Yoo, True Beauty, Eggnoid, Tower of God, Noblesse, Dice, Space Boy and Sarah’s Scribbles. 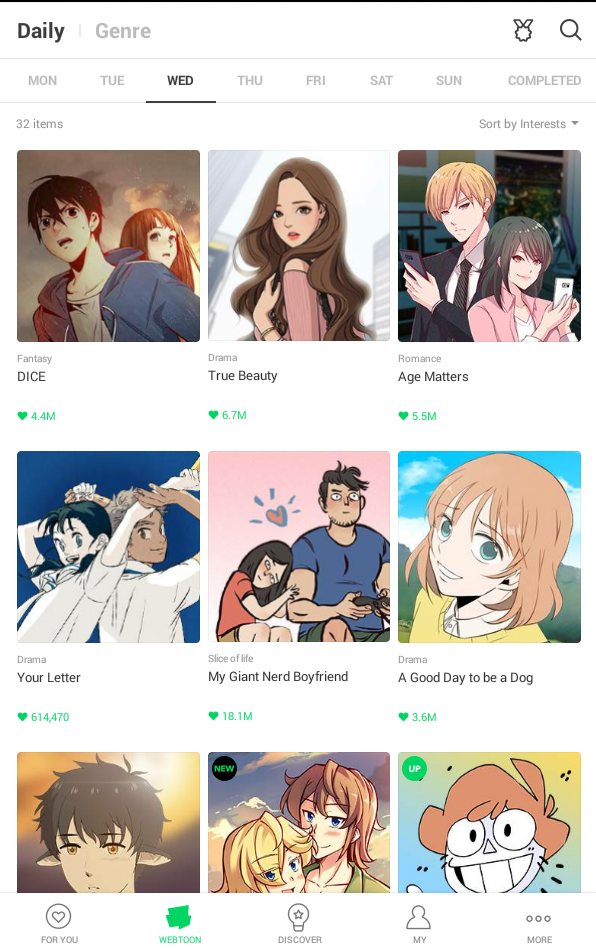 After you download the Line Webtoons app from Google Play store and log in, you can easily subscribe to your favorite comics series and you will be notified when they upload. 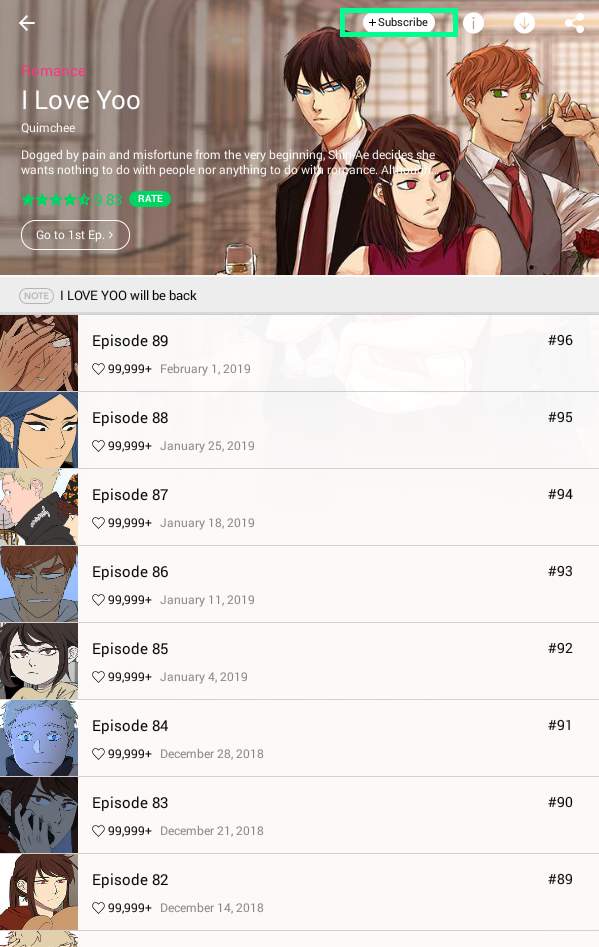 The Webtoons that you subscribed to, show up in “MY” Webtoons section. 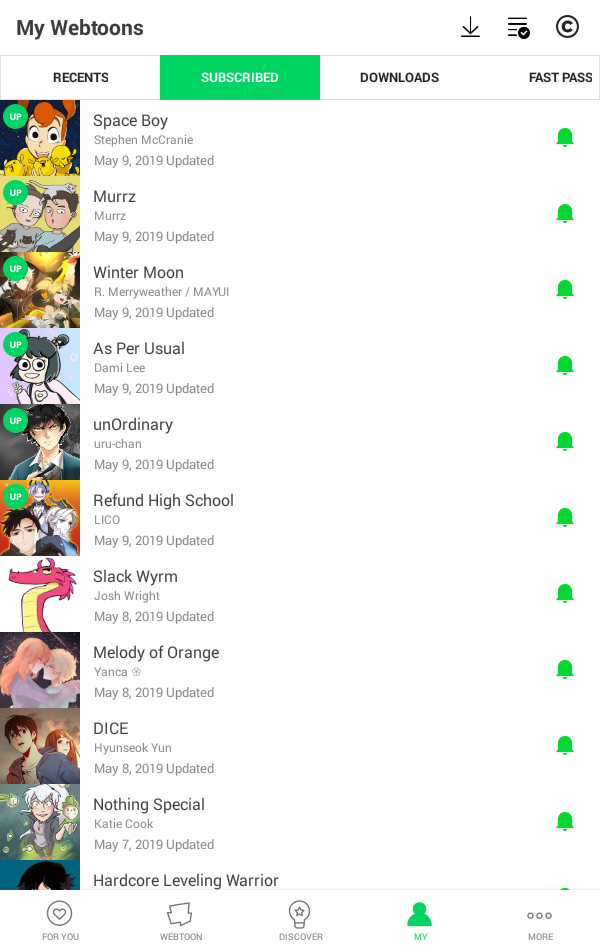 Line Webtoon is a Korean service where you can find webcomics in English, many of them translated by fans.  After the manhwa industry collapsed between 1990 and 2010, JunKoo Kim came with the idea that comics that are tall and scrollable, to be easily read on the Internet, are the next thing. Line Webtoon was launched by Naver Corporation in 2005, after JunKoo Kim convinced them that their Naver search engine (similar to Google, but in South Korea) will be a bigger attraction if online visitors used their Naver service to read digital comics online. He named named them “Webtoons” – they are drawn in colour, some have music, and can be easily read on mobile phone, by scrolling down, using Webtoons app.

Line Webtoon launched their service in U.S and worldwide in 2014. Since then, numerous  international artists uploaded their comics on their site. Webtoons are available in various genres: drama, fantasy, comedy, action, slice of life, superhero, thriller, sci-fi etc.

Independent artist from all around the globe publish comics on the “Discover” section, where their art gets likes, comments, and Patreon supporters. Many artists take time to look over the comment section and respond to their feedback.

From the “Discover” section, the Line Webtoon team selects popular and promising comics to be showcased in the “Daily Featured” section. Featured artists are paid a monthly wage and all artists that publish on Line Webtoon have access to the Patreon feature, where they can earn money and be supported by fans. 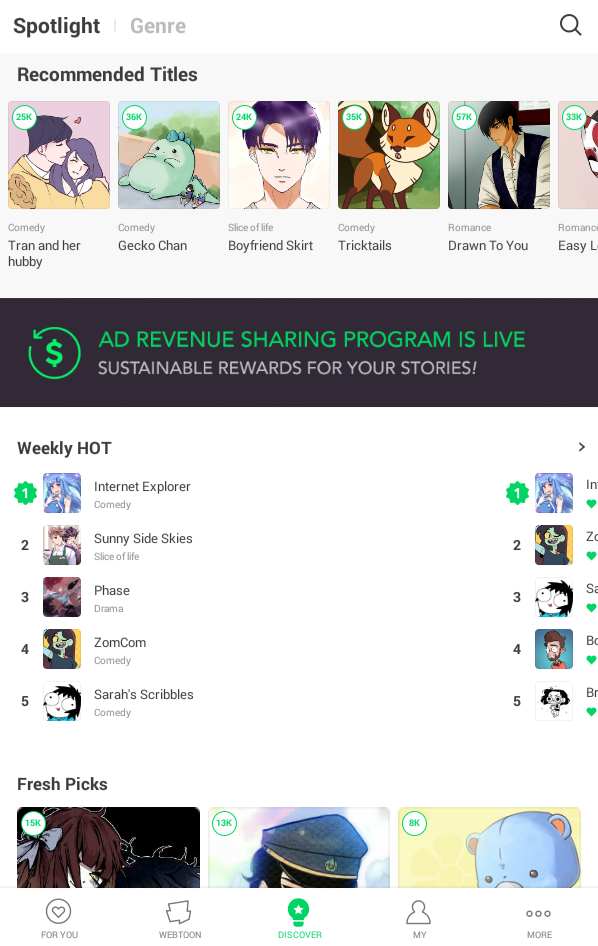 Just starting out with Line Webtoons? The comics that we recommend are:

I Love Yoo by Quimchee

Eggnoid by Archie the Redcat

The God of Highschool by Yongje Park

Tower of God by SIU

If you have artistic skills and always wanted to publish webcomics, this service is awesome for an independent artist. You can learn more about how to publish comics on Discover here:

Do you know multiple languages? Be part of the community that translates Webtoons here: 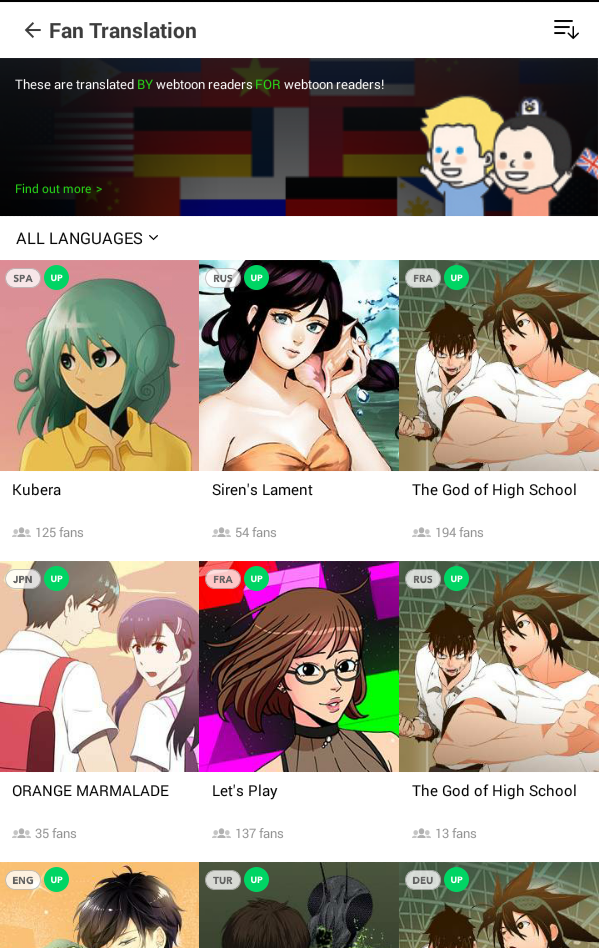 T-minus TWO days until we touchdown in HOUSTON, TEXAS BABYYY (Beyoncé voice) Hope to see you there 👋 #webtoon #comicpalooza #CP2019

SIREN’S LAMENT IS BACK FROM HIATUS 🧜‍♀️ Describe your reaction to the latest episode ONLY using emojis!

Share this article with your friends and tell them about your favorite Webtoon.